Discovering the unknown pop of the '30s: presenting our common Czech-Slovak-Hungarian jazz heritage

The project focuses on discovering and presenting old Czech, Slovak and Hungarian jazz songs of the era between the two world wars, with the help of 3 of the greatest bands of the participating countries: Bohém Ragtime Jazz Band, Bratislava Hot Serenaders, Original Prague Syncopated Orchestra. We even play each others' songs and mix the bands in all 3 countries. A special common production.

INFO ABOUT THE BANDS 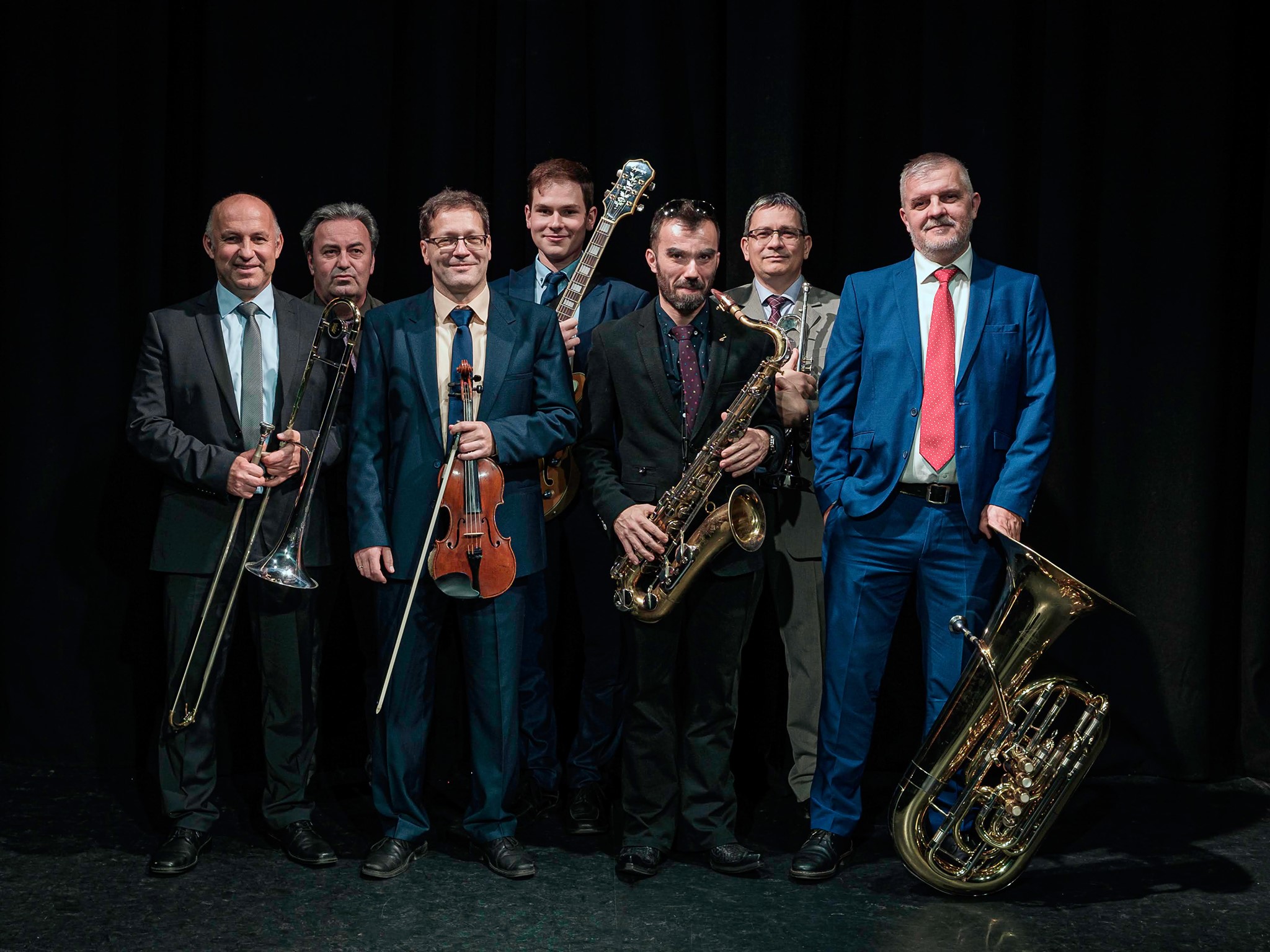 BOHÉM RAGTIME JAZZ BAND (H)
www.bohemragtime.com
One of the most productive bands in Europe. They are very experienced in playing and recording national jazz songs as the band has released four CDs with only old Hungarian (and Austro-Hungarian) jazz repertoire. Some of those songs were real unknown discoveries (sheet music or early recordings provided by Simon Géza Gábor jazz scholar and historian). All in all, they have recorded 27 albums so far. The band has played in most major classic jazz festivals in Europe and North America. In organizing concerts, festivals and coordinating mutual cooperation between foreign bands they also have a very long experience after 37 years of band history, 6 domestic and 38 international jazz festivals organized in their hometown, Kecskemét. The band has been awarded a few times during its existence (Jazz Band of the Year, 2003, Prima Award 2010). Leader of the band, Tamás Ittzés (violin, piano, vocal) is making the arrangements and he is also busy as a composer (The Luthers ragtime opera, Ragtime Piano Concerto, Concerto grosso in jazz, 12 jazz violin duos etc.) 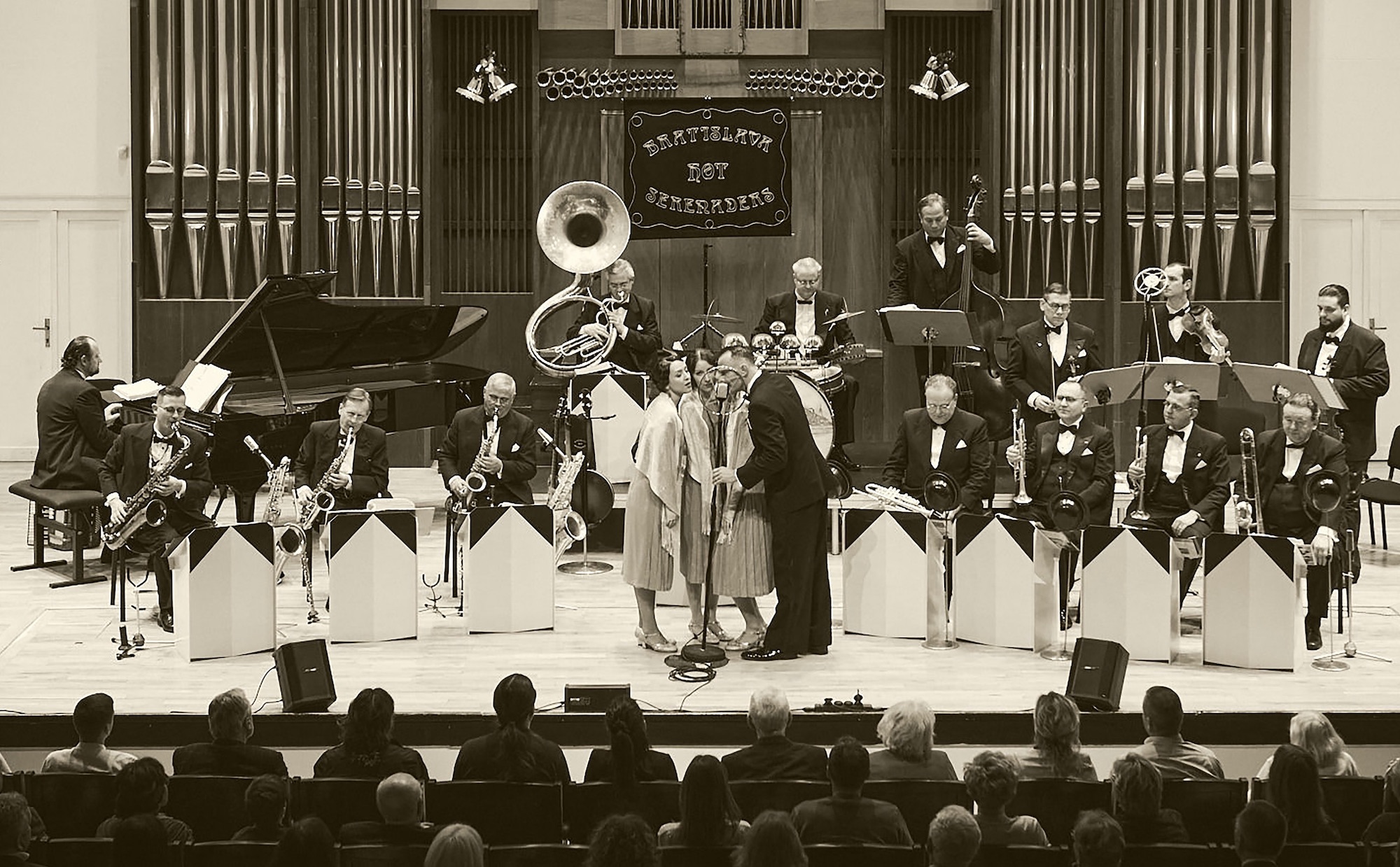 BRATISLAVA HOT SERENADERS (SK)
www.serenaders.sk
One of the very best jazz orchestras in the world specializing in the music of the '20s, '30s and early '40s. The band’s twenty enthusiastic musicians have played together without interruption since the formation of the group in 1991. The Serenaders have a vast repertoire that, besides the most important tunes of the American classic jazz era, also includes old Slovak jazz songs, Slovak folkish songs turned into jazz and they also play a few Czech and Hungarian numbers. They are far the best choice for a common project focusing on the Czech-Slovak-Hungarian common musical jazz heritage. Juraj Bartoš, leader and 1st trumpeter of the band has a tremendous knowledge about the era and he is a great music arranger, too. The Serenaders are well established outside of Slovakia. In 1994 the orchestra won the Sidney d'Or Prix at the Grand Festival of Music of '20s and '30s in Saint Raphaël, France. They regularly appear in concert, and at festivals both in their home country of Slovakia, and abroad. 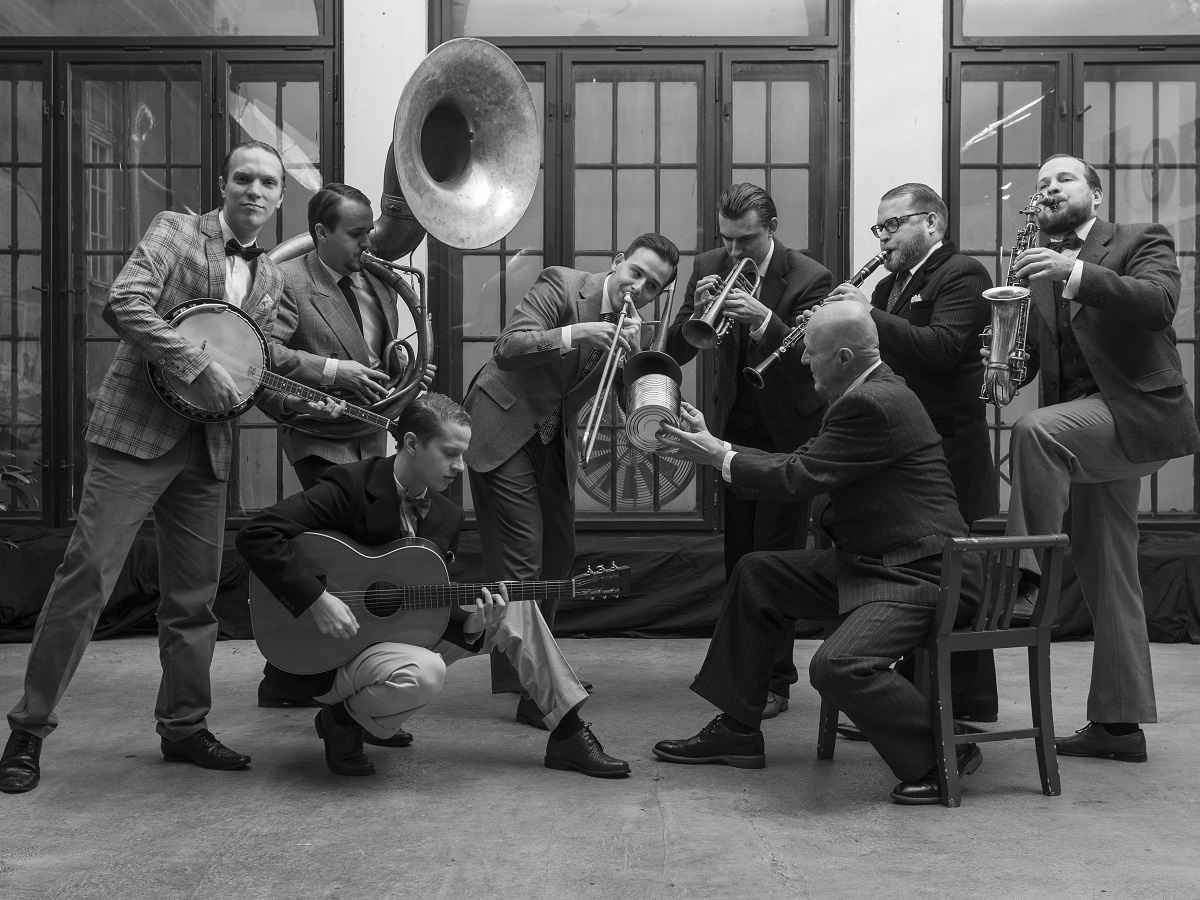 ORIGINAL PRAGUE SYNCOPATED ORCHESTRA (CZ)
www.original-prague-syncopated-orchestra.com
One of the most prestigious band in Europe specializing on hot jazz era, its repertoire and playing style of the era between the two world wars. The band has a long history in Czech jazz as it was founded by the legendary Pavel Klikar, and his musical heritage is being continued by the present members of the band. The band is very much capable to rearrange and perform old Czech jazz songs, recreating the feeling of the era.